Recently FREEZWATER NGO together with AUA have received a funding for creation of ICE STUPAs on the Mt. Aragats. The two-year project is entitled: “Use of Ice Stupa Artificial Glaciers to Enhance Climate Resilience of a Yezidi Cattle Community in Aragatsotn Region”.

Previously AUA have performed the first research in this area via funding from Cage Holding, Switzerland.

Water retention through natural freezing is an innovative method for water seasonal storage that yet only few groups are pursuing in the world.

The idea is to build artificial frozen water storages.  This can be done in two ways: 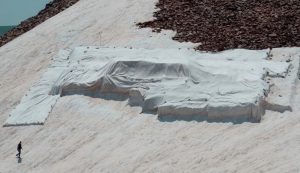 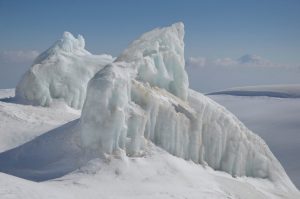 Both methods intend preserve the glaciers until the beginning of the arid season, as illustrated in the Figure 3. The water supply peak at a location (a.) is decreased, because of moving the melting process to the arid season. 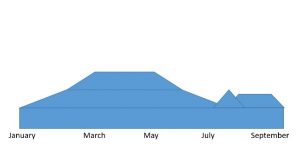 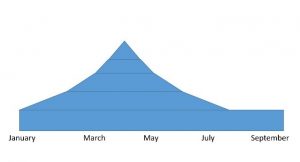