Since August 1, 2016, ERC operates a Hobo Solar/Weather Monitoring Station (SWMS). The station, at the AUA Paramaz Avedissian Building (PAB) rooftop, is equipped with: 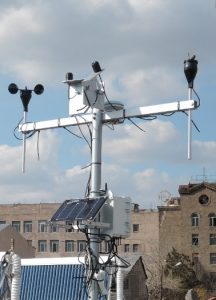 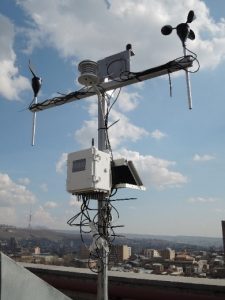 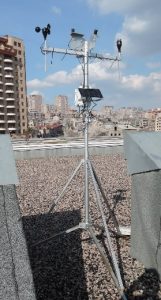 This information is extremely important for decision making on solar energy generation system installation. Here is a print screen of the Graph View of its output: 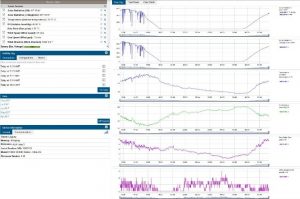 Since May 1995 the AUA solar monitoring station (SMS) has been collecting data. Its peculiarity has been that it also had a rotating shadow band (see the right picture above) that allowed collecting all three main components of solar radiation:

Here are the graphical monthly outputs of the one year of its operation for the Global solar radiation sensor, along with daily data for up to December 31, 2000: 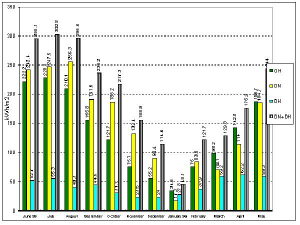 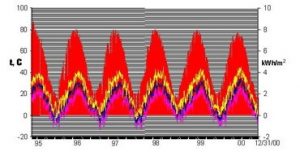